So...is Apple the next tech bully? 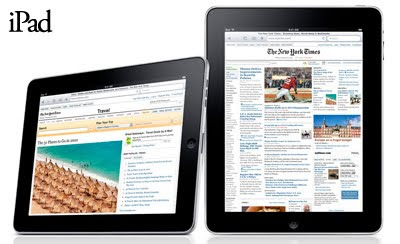 The feature-rich color-screen iPad, which conveniently looks like a widened iPod Touch, has a suggested retail price of $499 for the 16GB model, thus trouncing the $489.00 Kindle DX and most other tablets and e-readers in the market. It looks really, really enticing. I can hear little I- want-one's coming in from all over the globe.

Time was when you either had a PC or an Apple, a PC smartphone or an iPhone.

But with the iPad... you either choose to have it or nothing at all. At least until someone attempts to lock horns with it.

To view the mouth-watering video, visit the Apple website.
technology