Showing posts from October, 2009
Show all

Would you want an E-book reader?

With the e-book market growing by leaps and bounds in the Western world, it will be a matter of time before we'll be seeing e-book readers in our friendly neighborhood electronics shops. Amazon recently opened up its Kindle device for international markets, while Barnes & Noble entered the fray with its Nook reader. Sony has been churning out improvements for its own devices, while the industry is holding its breath for the 2010 release of Plastic Logic's own "Kindle killer," the Que. Then there's rumors of the Apple tablet which can conceivably blow everyone out of the water. During a photo shoot a couple of months ago, a stylist toted a Kindle, and the device looked like a must-have. She took me through the features and I was excitedly intrigued despite the price. White lights: (from left) Amazon's Kindle, Barnes & Nobel's Nook, Sony's e-book reader (images from edopter.com , apcmag.com , and biztoolbelt.com ) Having an e-book reader do
2 comments
Click here to read more... 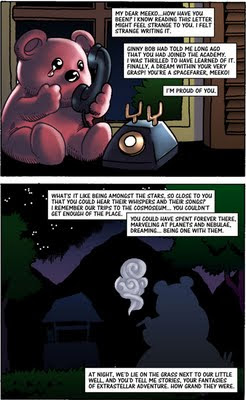 (click on the image to enlarge) Something of a different tone from yours truly. For the rest of the story, visit the Komikero Komiks Anthology blog .
Post a Comment
Click here to read more...

- October 16, 2009
While select few have been making their rounds of Google Wave , here's another potentially time-wasting, but nonetheless cool, app from the Mountain View, CA idea factory. Google Building Maker lets users create three-dimensional renderings of structures found on Google Earth. View the video below then give the app a test run--and try to not be addicted while you're at it.
1 comment
Click here to read more...

- October 09, 2009
If there's one thing that struck me deep with the Ondoy experience is the thought that there are simply too many Filipinos. We're hitting 98 million, and will reach the 100 million mark in less than two years. That's more mouths to feed and more bodies to shelter. How can our 300,000 square-kilometer country possibly handle the stress? According to the CIA website , our birth rate is approximately 26 births per thousand people. Our death rate is approximately 5 deaths per thousand. Doing simple math, we're piling up about two million new Filipinos a year. Two million is more or less the population of Taguig, Las Pinas, Paranaque and Mandaluyong combined. The average age of the Philippine population is 22 years old. This means most of our population is either still in college, trying to find jobs, or starting out in their careers. If they can't find jobs, they'll be among the seven million who are unemployed. (Seven million is over half the population of Metro
3 comments
Click here to read more... 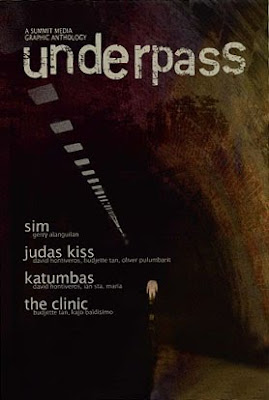 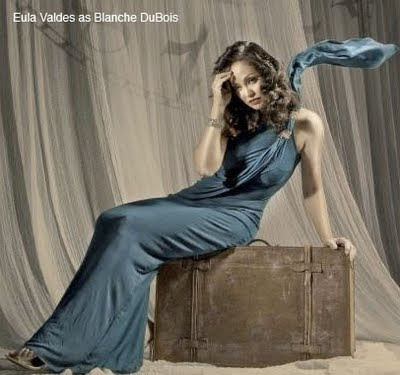 From the Tanghalang Pilipino press release Tennesse Williams’ Pulitzer Prize-winning play, A Streetcar Named Desire , translated by Orlando Nadres into Filipino as Flores Para Los Muertos , will be brought to life on stage as Tanghalang Pilipino’s third offering in its 23rd Theater Season that celebrates “Women of Substance.” The play, which will be performed in English and in Filipino, opens on October 2, 2009 at the CCP Tanghalang Aurelio Tolentino and runs for four weekends until October 25, 2009. A Streetcar Named Desire / Flores Para Los Muertos paints the staunch character of Blanche Dubois, whose complicated psychological makeup as she confronts reality is a sure challenge to any substantial woman actor. Perhaps Williams’ greatest masterpiece, the play’s recurring theme is the constant and often dangerous conflict between reality and fantasy, actual and ideal. Blanche Dubois, the main character says, “I don’t want realism; I want magic.” Blanche’s deception of others and he
Post a Comment
Click here to read more...
More posts