Showing posts from August, 2011
Show all

One Year in Good Housekeeping Philippines 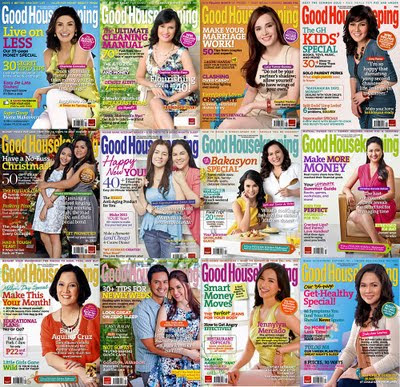 Has it been 12 issues? I guess it has. While coming on-board the magazine in late-April last year, the greatest anxiety I've ever felt when it came to art direction was the covers. Because the covers had to look good. Because the covers had to sell. And I, coming from four years of art directing inanimate objects in Real Living magazine, hardly knew the nitty-gritty behind having living, breathing celebrities on magazine covers. (I used to do art direction for a short-lived gay magazine called Icon , but I was never asked to attend the cover shoots.) Not to mention having the responsibility of choosing which clothes the celebrity would wear from the numerous selections made by our lovely fashion editor. So, I relied on two things--pure gut, and referring endlessly to the original American version of Good Housekeeping : It was only when the March 2011 came round, with Janice and Gelli de Belen on the cover, that my confidence level was where I thought it should be--challeng
9 comments
Click here to read more...
More posts