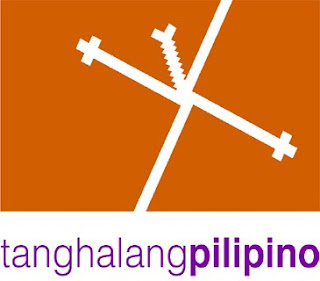 Using contemporary language, Vera’s brilliant rendering breathes an entirely new, maybe even irreverent interpretation of Chekhovian characters that are teeming with the heavy human emotions of despair, hope, boredom, longing, anger and love. From turn-of-the-century Russia, the play will move to a remote small Northern Luzon town during the first decade of Martial Law. Tatlong Mariya portrays the life of the Ballesteros sisters, as they struggle to liberate themselves from the dreariness and hopelessness of their provincial existence, and yearn for the excitement of Manila, where their once happy and respectable life used to be.

The play will be presented in a theater-in-the-round setting, making the production more challenging for the director and the performers, and more exciting for the audience.

Tatlong Mariya will be directed by New-York based stage director and scenic designer Loy Arcenas, whose works for Tanghalang Pilipino also include the critically-acclaimed plays The Romance of Magno Rubio and Golden Child. For his works, Loy has received the L.A. Drama Critics Circle Award, the Bay Area Critics Circle Award, the Drama Desk Award, the Jefferson Award, the Michael Merritt Award and various Obie citations. He also served on the board of Theater Communications Group.

Tatlong Mariya will run for four weekends from February 19 to 28 and from March 12 to 21 at the CCP Tanghalang Aurelio Tolentino (Little Theater), with evening performances every Friday and Saturday at 8:00 PM, and matinees every Saturday and Sunday at 3:00 PM. 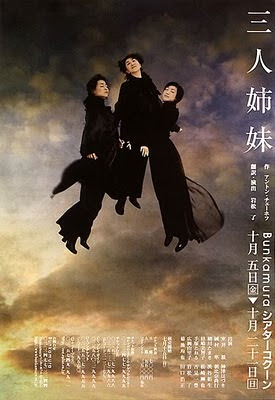 Speaking of Three Sisters, check out this poster design for a 2001 production staged by Theater Cocoon of Japan. I'm sure Chekov never envisioned his masterpiece in Jap-Horror style. (Click image to enlarge; lifted from Theaterbooks)
Tanghalang Pilipino theater