Showing posts from March, 2008
Show all

- March 29, 2008
Ask me how I am and I'll answer, "Keeping it together." It's been one of those weeks when I find myself breathing a little faster and thinking a little too much. I guess it's a seasonal thing. Nothing personal--just the little dive into the quagmire of self-induced mental mismanagement. I'm sure you get those, too.

It doesn't really help that my keyboard at home has some of its letters rubbed off. It's been frustrating making typo after typo, me not being like my friends whose fingers have been preprogrammed towards typing accuracy at lightning speeds. Funny, though... the letters that have rubbed off must be those that I use most often. *sigh* That's me thinking too much again.

Anyway, I believe I will get back on track by the end of next week. You folks enjoy yourselves.

If you've nothing better to do this weekend, why not spend an hour watching "Diet For A New America," a documentary feature produced in the early nineties. If you wan…
3 comments
Click here to read more...

He's obviously very talented, charming, and cute, and a record deal isn't inconceivable whether he wins American Idol or not. Methinks his first album will have mostly ballads, taking advantage of his soothing vocals.

But at his age, he's still very vulnerable and impressionable. And we know what happens to very young people who get instant, overwhelming, worldwide fame. Plus, his religious background can add to the strain.

When people throw Nemo out of the ocean and into the hood of the sharks, who's going to save him?

So Far, My Top Five

Okay, so what does this tell me? To generate more hits, I should write more about the creative/business side of Pinoy comics... and hunky men.

I was asked before if I could do stuff like what (Warning: Adult Content) this guy and this guy does, and I'm positive I could pull it off somehow. Prolly make more money out of it. But... I dunno...
3 comments
Click here to read more...

Got an email from Budjette about Prada. Not that Budj is into Prada, but more the fact that the high-profile fashion label has the work of a comics artist gracing its spring collection.

The artwork is courtesy of James Jean, a Taiwanese-American known for his elegant covers for DC Vertigo's Fables. According to Comics212, Jean announced the collaboration with Prada last summer. To see more of the fabulous designs, you can click here.

Coincidentally, my boss and I were going over an issue of Harper's Bazaar this afternoon, and saw an image that appeared in its August 2007 issue, the month where the Simpsons donned haute couture and graced the mag's special fashion feature (with a Simpsonized version of supermodel Linda Evangelista).

I saw that issue when it came out, and thought to myself, "Awww, something I've always wanted to do." Thus, leading me to execute those fantasy renderings of Queen Femina and Dodong in fake ads. Call me the dreaming fool, but I had en…
3 comments
Click here to read more... 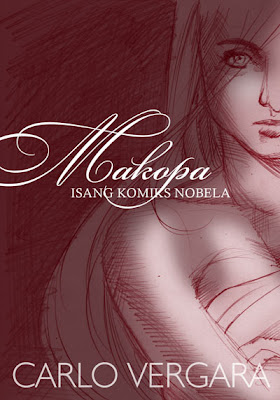 - March 10, 2008
Despite my late father being a tax lawyer, I nearly flunked taxation in college. And until now, this crazy little thing called taxes is to my eyes resembles a Gordian Knot, wound as tight as the roughly 30% withheld from my monthly paycheck. In a way, it's good that I'm employed, relegating the tax filing to the accounting department, unlike my freelancing friends who pay people to sift through a year's worth of receipts and bills and invoices just to get their tax obligations ironed out.

One day, I went through the taxation books in National Bookstore and found one that claims to be a simplification of the Philippine tax code. Now if that book was a serious distillation of our voluminous tax code, then brushing one's teeth should be rocket science. Either that or the author of that book lives his day-to-day hanging from his nostrils. I don't think majority of Filipinos know exactly what the Philippine tax laws are. We just see an amount withheld from our paychecks,…
Post a Comment
Click here to read more...

If you were a famous celebrity and you were asked to endorse three products and/or services, what would they be?

With each product or service, state in one or two sentences the reason why the product and/or service has won you over.

End your post with the usual tagging (up to five is I think the standard), as well as a link back to the blog you got the meme from. (If you took the meme off this site, for instance, add a link back to carverhouse.blogspot.com.)

1) Penshoppe - After trying different brands, I more often head straight to Penshoppe when I need a shirt or a pair of jeans. Their cuts match my body type to my satisfaction!

2) Statcounter - This very popular hit counter service is so easy to set up, and the stat reports under the free account are comprehensive enough for casual webmasters.

3) St. Ives Apricot Scrub - I've used this facial cleansing product on and off since college, and it'…
1 comment
Click here to read more...

Would you dare have a meal in this Belgian restaurant? What if you have to pee?

Now the time has come to propose, or confront, a fundamental truth: like the being who wears it, the superhero costume is, by definition, an impossible object. It cannot exist.
Check out the entire essay, entitled "Secret Skin."
2 comments
Click here to read more... 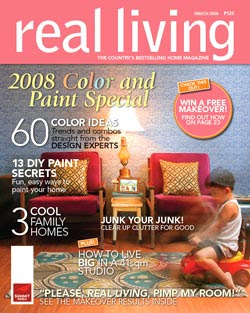 In the March issue of Real Living, you'll find...

• must-know basics of garden lighting.
• the home shopping haunts along Granada Street, San Juan
• tips on implementing Universal Design Principles to your interiors
• the color and style trends for 2008

- March 02, 2008
Well, not exactly "her" sound. Madonna goes through another re-invention with Hard Candy, her latest studio album which features contemporary R&B and hip-hop. Co-producers include Timbaland and Pharrell Williams, so it's going to be interesting how Madge manages to blend in with this musical style.

R&B isn't a stranger to Madonna, really. She dabbled with it in her mid-90s Bedtime Stories album, the one that spawned the hit singles Secret and that karaoke favorite Take a Bow. But there's a big difference with Hard Candy--if you're familiar with the "Timbaland sound," that's more or less what you're going to get.

Timbaland's Way I Are, Apologize and Scream are some of my current favorites, so I'm personally very excited about Madge's new album--much, much more than Confessions on A Dance Floor, which I didn't bother to buy.

- March 01, 2008
Definitely one of the most brilliant comedy clips. An all-star cast joins in to celebrate the "f**king of Ben Affleck" by Jimmy Kimmel.