Showing posts from April, 2016
Show all

Want To Learn How To Make Comics? Here's a Self-Learning Path 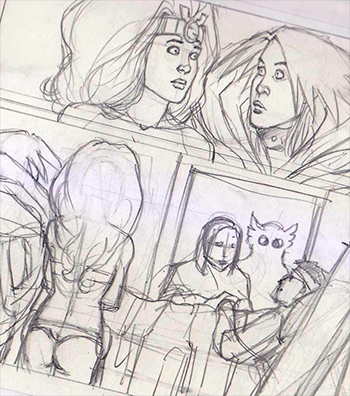 A question came up on an online forum, asking how can one begin to learn how to make comics, given very little knowledge in both writing and art. I decided to write my answer as a blog post.

I've been drawing comics on and off for more than 20 years, but I've been drawing far longer than that. I'm primarily self-taught, and had regarded drawing purely as a hobby. As far as the writing goes, I started writing professionally by working in corporate public relations.

Even though I've been writing and drawing for a very long time, I was only able to make my first comic book as both writer and artist at 31 years old. Now that I've gained success as a comics creator, I would sometimes wonder how I should have done things differently.

Is there a method, a "curriculum," that one could follow to learn how to make comics?

Sure, there are tons of books out there about how to make comics, and they cover a lot of topics. However, a lot of them don't look at progr…
Post a Comment
Click here to read more...
More posts