Showing posts from June, 2011
Show all

Comics Shorts: "The Truth is"

It's nice to do a short piece now and then. Something like 90 minutes for this one. Click on the image to enlarge.
6 comments
Click here to read more...

Training Myself to Be a Better Storyteller 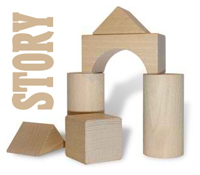 Success can only go so far, especially if you don't know how you achieved success in the first place. That was my dilemma when the first Zaturnnah book hit it big. While many nice people have told me how "brilliant" the graphic novel was, I was at a loss. Where was the brilliance? Why did a lot of people like it, talk about it, and share it, as opposed to other Filipino comics? I had no clue. One could argue that the camp humor, the "gayness" and the nostalgia had a lot to do with the success. But were they the only factors? Could someone else have similarly combined all those bits in a narrative and achieve the same enthusiastic audience reception? Was the Zaturnnah book a fluke, something of novelty that no one had thought of making, and something that was in its own league? Maybe. Possibly. It became a challenge to me when I decided to create a sequel, because I felt I didn't have enough ammunition--camp humor, gayness, nostalgia--to fill another Zatu
2 comments
Click here to read more...
More posts