Showing posts from June, 2006
Show all
- June 26, 2006
Break I asked permission from my boss early last week that I not come in today, one of those quick-fix days just to give the Rubic's Cube in my head some sort of order. First task of the day was to pay my credit card bill--a reasonable P500. Next was going to Starbucks Katipunan to meet Tuxqs, who graciously volunteered his free time to accompany me to a little talk sponsored by the UP Lingua Franca. The talk allowed me to share my insights, in some amourphous manner, about Philippine graphic novels. I don't know how effective I was, or whether my blather bore any kind of weight, but I did my best. It's difficult to talk about Philippine graphic novels since there aren't a lot out there, moreso about an "industry" that hardly exists. And I'm the last person to approach for any kind of academic input. I hope the org can send me a little note about what went on, at least for me to know what to elaborate on if ever another talk like that comes up. Later,
4 comments
Click here to read more...
- June 23, 2006
Worlds Colliding The third run of the Zaturnnah musical ended successfully last Sunday night. I was only able to attend the last show, and saw that the production added a few more gags and punchlines to keep up with the times. I like the idea that the musical seems to evolve with every run. If what Zee says is true, there may be a fourth run. The last show was made even more surreal with the presence of Zsa Zsa Padilla, Rustom Padilla, Chokoleit and Pops Fernandez in the audience. They were accompanied by manager Arnold Vegafria, Regal matriarch Lily Monteverde and Roselle Monteverde-Teo. (The day before, director Joel Lamangan caught the show.) After the show, I exchanged pleasantries with Quark Henares, and I saw Tim Yap in the balcony section. So Zaturnnah, Ada, Didi and Queen Femina of film-to-be sat there as Zaturnnah, Ada, Didi, and Queen Femina of theater did their darndest. It was the most surreal experience. So surreal that I found myself unable to approach them during the
11 comments
Click here to read more...
- June 16, 2006
Zaturnnah Movie cast list (updated) Zsazsa Zaturnnah - Zsa Zsa Padilla Ada - Rustom Padilla Didi - Chocoleit Dodong - Alfred Vargas Queen Femina Suarestellar Baroux - Pops Fernandez Amazonistas - Giselle Sanchez, Tuesday Vargas, K Brosas, Maureen Larrazabal Aling Britney - Bella Flores Again, things can change. Though the first four characters are more or less settled. It's an interesting mix of personalities, IMHO. Still on Zaturnnah: Philippine Daily Inquirer columnist Michael L. Tan includes our gay superhero in his column today, entitled " Zsa Zsa vs MMDA ."
7 comments
Click here to read more...
- June 10, 2006 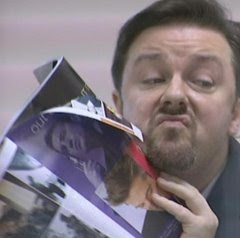