Showing posts from October, 2016
Show all

The Zaturnnah "Cover Girl" Print: How To Order 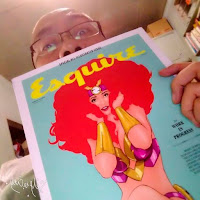 Thanks for dropping by! If you're interested in getting your own giclée print of the Zaturnnah artwork that appears on one of the October covers of Esquire Philippines, please read the information provided below. A giclée print (zhee-clay) is a fancy term for an image printed on archival paper using one of those huge top-of-the-line inkjet printers that most of us can't afford. Those who specialize in making these prints will tell you that the color quality is supposed to last for decades. Professional artists and photographers turn to making giclée prints to sell and share their work. The "Zsazsa Zaturnnah: Cover Girl" print will be exclusively produced by Giclee Manila. For the  Zaturnnah "Cover Girl" print , there will be four sizes. Size A:  18.5" x 27"  Price: Php 3,000 Size B:  15" x 22"  Price: Php 2,250 Size C:  12.5" x 18.5"  Price: Php 1,800 Size D:  10" x 15"  Price Php 1,450
Post a Comment
Click here to read more... 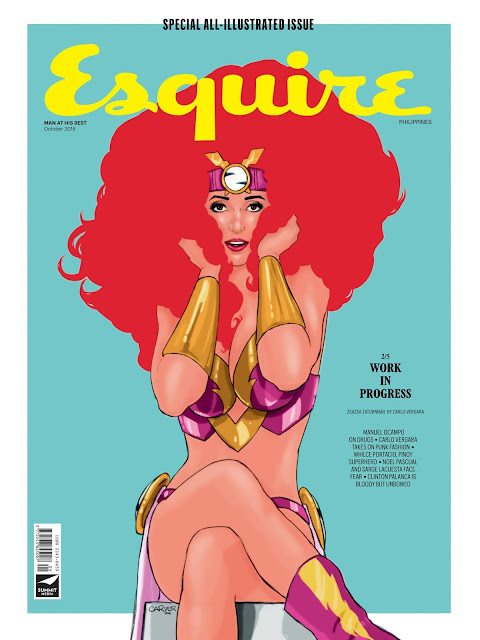 So this happened. How often does a superhero make the cover of a men's lifestyle magazine? The October 2016 issue of Esquire Philippines is also their anniversary issue. It will be all-illustrated, and will have five covers. Four of them will feature the works of some of our finest artists, namely Annie Cabigting (painting), Blic (street art), Gary-Ross Pastrana (sculpture), and Derek Tumala (video, available as a special e-mag cover). I was also fortunate to have been asked to illustrate the fashion section, too. All 12 pages of it. There, I managed to sneak in Zaturnnah, Ada, Dodong, and Gwyneth among the "models," wearing clothes from high-end brands like Valentino, Lanvin, and Bottega. As far as I know, they won't be named, but here are their headshots. When I was first approached by Esquire to do this, I told them that I wanted a project that would "feed my soul." It sure did, despite the tight schedule. For the cover, I took a cue
Post a Comment
Click here to read more...
More posts