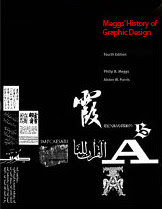 I've always wanted to get this book since I saw it on Amazon. After all, every graphic designer needs a large dose of history. But I couldn't get around to shelling out over two thousand bucks for it. National Bookstore and Powerbooks were selling it at almost twice the price--not a good deal there. So imagine my giddy delight when I chanced upon this volume lying face-up with hardly a scratch or dent in the bargain bin of Powerbooks Shangri-La mall. It seemed like serendipity, since I hardly go to that branch. Its price was a few pesos shy of P2,000, and I could not refuse. With a glint in my eye, I gingerly took the book in my arms and held it close, like a schoolboy finding a 500-peso bill in the restroom. "Finders keepers," I thought. In short, mukha akong tanga.

The Education Of A Comics Artist
by Michael Dooley (Editor), Steven Heller (Editor)

This was a no-brainer. Despite its worn edges, it carried a price that's about a third of the original. The book contains essays and commentary from comics creators and industry observers across the board, including Will Eisner, Bill Sienkiewicz, Marjane Sartrapi, David Mack, Scott McCloud, Joe Kubert, Chris Ware, and Jim Steranko. There aren't a lot of illustrations, but I don't mind at all. The more to read, the better. I haven't started with this book yet, but I'm sure it's gonna be an eye-opener.

Unknown said…
My God Carl! Book sales are dangerous for you, parang silang Crystal Meth addiction sa yo! Shall I make like what you tell me whenever I dart into a shoe store? "Stoppp!!!" Hehe ;)
Saturday, April 5, 2008 at 8:36:00 PM GMT+8

Anonymous said…
Carv,
Kaingit ka ! you can get all the books you want. But at BOOKSALE, you can also get them without costing you an arm & leg. If I'm lucky, I can get COMMUNICATION ARTS, for 72 bucks only. Same goes for HOW, ART DIRECTION, PRINT, ID and Vanity Fair, Music issue. Same for books: I bought a book about Dr. Martens ( shoewear) that featured British bands ( particularly punk bands). Also a coffee table book about THE ROLLING STONES, at a fraction of its original cost which was about 4, 000 plus, but syempre meyo dog-eared na yung cover, but I don't mind....